Individuals facing foreclosure are in a tough situation, no matter how they got to this place. Particularly in the last few years, there’s been a lot of financial strain on working families. While the Detroit foreclosure process is never an easy one to face, it’s important to know what to expect in order to get to the best outcome possible.

Over the last several decades, Detroit has seen a steady decline in the auto industry. This reality makes the city much more vulnerable to economic decline. Automobile manufacturers, which were the primary employer in the Detroit metropolitan area, have largely moved their production to other parts of the world. This left a massive hole in the job market all over the country, and it hit Michigan very hard. Families lose their homes as a result. Non-auto industry businesses have found themselves unable to cover operating costs.

To address the problems in Detroit, MI, the state government of Michigan and the federal government have both put in supports in recent years to help families who are facing hardship. Though these are not a guarantee that cities in Michigan will be able to totally recover, it is a step in the right direction.

No matter the reason that a homeowner in Detroit is facing potential foreclosure, the answer is to learn what the process looks like and to find out if there is assistance available to prevent foreclosure.

Michigan ranks right in the middle of the United States as far as foreclosure rates. The Detroit area is most impacted by people losing their homes. Roughly one in every ten thousand homes was foreclosed on in Wayne County during the last year. That equates to about four hundred and fifty homes across the state of Michigan.

The economic realities of Detroit and the surrounding areas are a major driver in these rates. As jobs have left the city, there’s been an increase in the number of people who struggled to pay their mortgage or their property taxes.

Help for foreclosure in Detroit

There was a moratorium on foreclosure across the nation during the pandemic that expired in 2021. The good news is that Wayne County implemented a series of new supports to help people in this difficult situation. County officials have been working with owners in the past two years to increase the number of neighborhood houses that are exempt from tax foreclosure. At the very least the city gives them more information on property tax foreclosure and how to prevent it.

People facing tax foreclosure now have options to spread out their payments over a longer period of time with this new system. This only applies to those who are behind within a reasonable amount of time, around three years. Though this Wayne County program is primarily beneficial to landlords and by extension their rental tenants, it’s nonetheless a potential place for assistance. The current program is an extension of one targeted towards individual homeowners called the Distressed Owner Occupant Extension (DOOE). This is important news for Detroit businesses and families who are delinquent on their tax bills.

Tax foreclosure rates in the Detroit area are particularly high. Penalties are heaped onto homeowners if they get behind on their property taxes. It’s an insidious problem, and it’s critically important that you contact the Wayne County treasurer’s office if you’re behind. Wayne County also has a myriad of financial literacy programs and other places to find support in financially challenging times.

Basics of the Detroit foreclosure process

There are four basic steps that a homeowner goes through during the Detroit foreclosure process.

That sounds simple enough when it’s put into bullet points, but this process takes many months to complete. There are also lots of possibilities for changes along the way, as these things rarely go in a straight line. That’s because families facing hardship are working hard to keep their homes.

Michigan is a nonjudicial foreclosure state. In most of these proceedings, the courts are not involved. Instead, legislation has put into place state statutes that lay out what rights a mortgage holder and a homeowner have and how the Detroit foreclosure process proceeds. In some circumstances, judicial foreclosures do still happen in Michigan, but these are the exception and not the rule.

The average foreclosure takes many months to complete. Though there is always a risk of a homeowner losing their property, we must keep in mind that foreclosed homes and vacant lots are not good for the city of Detroit. Everyone has a vested interest in keeping homeowners on their property for the good of the neighborhood.

Federal and state laws protect homeowners and specify what a lender can and cannot do. It’s not good for any party involved for a home to go through the foreclosure process. Everyone loses money when a home sells at auction.

How many missed payments lead to foreclosure?

A mortgage must be behind 120 days before a lender can send a breach letter and initiate the Detroit foreclosure process. That’s unless there are extenuating circumstances. For example, if you sell the property to a third party and don’t pay off the mortgage immediately, the lender can call the loan due and start proceedings. This is highly unusual.

A single missed payment doesn’t constitute a breach of the promissory note. Most mortgage lenders give borrowers a fifteen-day grace period with which to catch up on their payments. That happens before they even charge a late fee. Borrowers can check their lender’s website, their billing statement, or their promissory note for the precise grace period that’s in their loan.

After the third missed payment, the lender will send a breach letter to the borrower. This notifies them that they’re far behind in payments. The loan will be called due unless they do something.

A public auction allows the bank to sell the home if there is no payment on it in four months. The bank reposesses the home and puts it on the auction block.

Foreclosure auctions in Detroit are a matter of public opinion, and anyone can bid on the property. Though most people think that the auction is the point of no return, it’s actually not the end of the line. There is a six-month redemption period in Michigan that allows the homeowner to continue to pursue their rights to the property.

Know that this six-month timeline can be shortened. This is why homeowners should stay vigilant. The homeowner cannot negotiate to get their property back after this step is completed. When a new owner takes control of the property, the homeowner is evicted and physically removed if they haven’t already left.

Up until the final sale of the home to a third party, the homeowner can negotiate new terms and an extension or loan modification to allow for more time. Even the act of submitting the paperwork slows down the Detroit foreclosure process. That’s even if it’s not immediately approved or not approved at all. For homeowners who are unsure of what options they have, it’s a good idea to reach out to a housing counselor for support.

The lender must inform the homeowner of the date of the foreclosure auction or sheriff’s sale. In fact, the lender must keep the owner notified of all of the steps along the way.

The biggest takeaway for homeowners in Detroit is that there are options available. The road to being evicted from your home is a very long one. You could prevent foreclosure if you qualify for a modification. Being open-minded and flexible is the difference between your family being evicted or keeping your home. You might also be able to pay off the delinquent amount and remain in your home.

There are ways to pull a home out of foreclosure all along the way. Check out options like a short sale to a cash buyer, mortgage modification, or government assistance programs before walking away from a house. As stated previously, the government and the mortgage lender are both interested in bringing the loan current and keeping a homeowner on their property. 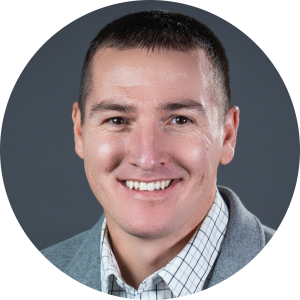 Selling a Home in Pre-Foreclosure in Raleigh, NC

When you hit some bumps in life, it can be devastating. After the hard work and wonderful feeling of buying your home in Raleigh, to

Hands down, one of the best ways to make sure that your home sells quickly and for a high price is to use a Charlotte-area

The Easiest Way to Sell Your House in Charlotte, NC

If you want to sell your house fast, it’s easier than ever to make that happen, depending on how you define “fast”. You can sell

How to Sell Your House with a Tax Lien in Charlotte, NC

Tax debt can sometimes feel even more daunting than other kinds of debt. That’s because the government is unforgiving and the timeline of tax repayment

Connect Home Buyers LLC is a people-first company that focuses on developing relationships and consistently delivering beyond expectations. We specialize in creating a quick, simple, and hassle-free way for homeowners to sell, guaranteeing a free cash offer in 24 hours or less.